Machining History: Cut The Bull—What is a Bullard Machine?

When you ask a seasoned machinist to sell you a used Bullard Machine, they’ll flash you a smile, and take you to one of two machines: either they’ll show you any machine made by the now defunct Bullard Machine Tool Company, or bring you to any manually operated vertical turret lathe(VTL). Now, as you might’ve guessed, the Bullard Co. manufactured more than one type of machine, and many other companies certainly developed their own manual VTLs, so who’s wrong here? Well, technically you, for not being more specific, because both are giving you what could be reasonably referred to as a Bullard machine. Like pondering if the tangy orange was named for its hue, or the color for the fruit that bore it, one must ask themselves, was the Bullard company named for its most prized machine, or was the equipment named for its prime manufacturer?

Well, before it was affixed to any machine, Bullard was the name of a man: Edward Payson Bullard Sr. to be exact. Born in 1842, a young E.P. Bullard would go on to found the Bullard company, then known as Bridgeport Machine Tool Works in a rented loft. He would go on to dedicate his life to the management and expansion of his company, which grew into a national titan via E.P. and his engineer's unceasing labor. In 1883, upon noticing difficulties caused by the orientation of horizontal boring mills(then the only kind) Bullard co. would develop a revolutionary new vertically oriented boring mill. Then finally, at the turn of the century and nearing the end of his life, an elderly E.P. Bullard gave the manufacturing world his final gift, one which would cement his legacy in machining history, in the form of the Bullard vertical tower lathe. 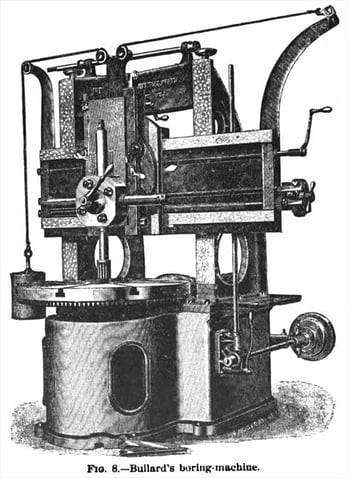 While Bullard Sr. sadly passed away before he could see the full extent of the VTL's significance, he was succeeded by his son, Edward Payson Bullard Jr., who would lead the company triumphantly into the new century. As the new century was getting under way, the industrial revolution was in full swing, tensions were ramping up for WWI, and America needed more heavy machinery than ever, and Bullard was ready to supply. Their massive factory at one point became so large that it was akin to a small city, employing over 1,200 people. Throughout the boom of industry surrounding the world wars, Bullard supplied their legendary VTLs to factories across the world; they were so iconic to the company that it was here that the company became synonymous with the machines themselves. 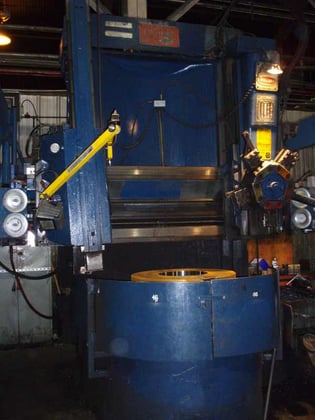 Of course, time continued to march on, and manufacturing technology along with it. With the rise of automation and an increased variety and precision in machining tools, demand for manual VTLs dwindled. In 1989 Bullard finally stopped production of the stalwart machine, and in 2004 the company itself was purchased by Bourn & Koch inc., finally bringing an end to the Bullard dynasty. However, due to their hardy craftsmanship, you can still find the famous Bullard VTL in many a machinist's workshop, and indeed used Bullards are still sold fairly regularly. Bourn & Koch even offers to continue the legacy, and continues to manufacture parts and retrofit Bullards to this day.