Automation is intended to make our lives easier, and typically it does, especially in the world of lathes. However, while they may be more efficient than their manual counterparts, CNC lathes come with their own host of problems to look out for. Here are four of the most common and tips to avoid them:

The human eye, miracle that it is, can read over a chunk of text with a typo in it a million times before catching the error, mentally autocorrecting the mistyped word. Machines are not so creative. Probably the most common mistake made with a CNC lathe is a simple error in spelling or syntax when entering the code. Perhaps you misplaced a decimal, or accidentally put an O instead of a zero. 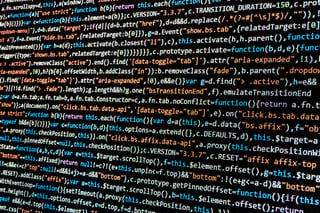 How could you miss a typo in this?

These simple errors are easy to make and hard to catch, and the consequences can range anywhere from irritating to catastrophic. While most modern lathes have failsafes to prevent the machine from seriously damaging itself, you can definitely ruin a good workpiece or tool. Usually the best fix is just to take coding slowly and carefully, looking it over as you go and checking for common mistakes.

This one's pretty common sense, yet it still causes a frankly unjustifiable amount of damage in shops around the world every year. This one actually applies to any used cnc machines: be sure to clean your lathe frequently. Hell, if you buy a used lathe, clean it as soon as you get it, who know where it's been? Be sure to check coolant levels and airflow; these are important to maintain for a clean cut. Also be sure that no shavings or debris gets lodged anywhere that it doesn't belong. Seemingly insignificant amounts of detritus can cause big problems in a machine as intricate as a CNC lathe; for example, if some ends up in the chuck, it could loosen the grip on the workpiece.

This is a mistake more common to beginners, but one that can be catastrophic to your equipment. First and most important is making sure you are using a proper set-up and lathe for the type of metal you're using. Know your machine's limits. A lower end lathe simply may not be able to work with harder metals. Some metals also have their own little quirks associated with them: aluminum, for example, requires the use of some sort of lubricant, or it may try to bind to the tool.

Well, reading about all of these potential pitfalls may have made you nervous, maybe you're going to try taking it slow and steady. Well slow down there buster! Or, don't, I guess. This ain't the tortoise and the hare, slow and steady isn't going to win you any machining races. 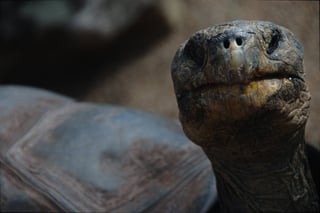 Not a great machinist, believe it or not.

Slowing down the feedrate relative to the RPM can lead to poor quality cutting. In essence instead of efficiently cutting, your cutter is simply rubbing against the metal, generating a lot of heat, uneven cuts, and dulling the tool in question.

Now you know what mistakes to avoid when it comes so setting up and operating your CNC Lathe, but another common mistake is paying too much for a new lathe. For great deals on used machinery, check out MMI's selection of lathes and other CNC machine tools.