Machining History: The Origin of the Laser Cutter

Lasers; the stuff of science fiction for most people, but for machinists they are just another tool in the shop. It's pretty incredible, really, how something as fantastic as cutting metal with a beam of light can become so commonplace, but how long has that been the case? And how did it even come to be in the first place? Well strap in, because we're going to be looking back into the surprisingly extensive history of the laser cutter.

Wait wait, back up, how does a laser cutter even work?

Right, this isn't something as straightforward as a CNC lathe; many people, even those who've operated laser cutters regularly for decades, still may not understand what exactly is going on under the hood. I'll keep this brief(we don't want this to turn into a physics lecture), but the gist of it is that mirrors and lenses focus an intense beam of light through compressed gas, usually CO2, and the light becomes so concentrated that it's hot enough to melt through the material being worked. Then, much like any other CNC machines, a program instructs the rig how to move the laser to cut whatever shape is programmed in by the machinist. 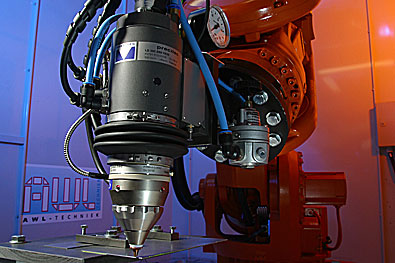 Laser? I barely know her!

Now, obviously there's a limit to how far back we can go to understand this technology—the ancient Egyptians weren't exactly building primitive laser cutters—but the tech does go back further than one might expect. During the 1940s physicist Charles Townes invented the Microwaves Amplification by Stimulated Emission of Radiation machine, or MASER for short. It was an incredible piece of technology, but it's uses were limited, especially outside of a lab, and so technical I'm not going to try to explain them, but the real significance of the machine was as a stepping stone to something much more versatile. 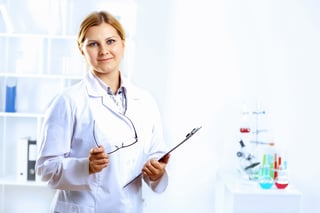 "I don't even know what a MASER does,
and I'm wearing a labcoat!"

After his invention of the MASER, Townes wanted to push the technology even further. They believed that the technology had amazing potential if they could replace the microwaves with infrared light waves. Though most of the scientific community dismissed the idea, Townes and his small group pressed on, dubbing their project the Light Amplification by Stimulated Emission of Radiation machine, or LASER. Finally, in 1960, engineer and physicist Theodore Maiman brought Townes' dream to life with the creation of the worlds first working laser.

From the moment it was conceived of, everyone knew that the laser would be far more useful than its microwave counterpart—what for, though, still wasn't readily apparent. When they first entered the scene, lasers were referred to as "a solution looking for a problem", as while the tech clearly had a ton of potential, engineers weren't exactly sure what to do with it, as despite the power of the beam, it was expensive and inefficient to use. 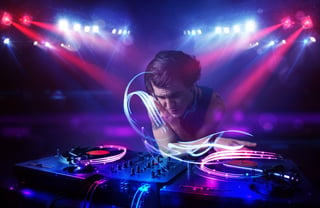 "You couldn't imagine my electric bill."

An answer came in 1967 when, following the 1963 invention of the far more efficient CO2 laser, Peter Houldcroft of the Welding Institute in Cambridge developed a cutting nozzle with an oxygen gas pump and cut through a sheet of steel. By now things were moving fast, and by 1969 a trio of engineers at Boeing wrote a paper on how a laser cutter could be constructed to cut through harder materials, and not one year later the first laser cutting machine tool was built in Scotland. From its emergence only a decade earlier, it became clear that the laser was poised to become a mainstay in the scientific and industrial world

Lasers become a mainstay in the scientific and industrial world

Nearly fifty years later, lasers are everywhere. Shops across the world now use laser cutters for everything from welding steel to carving wood. The machines, now synonymous with accuracy, find work in the automotive industry, aerospace, and dozens of other fields of machining. Once just an outlandish theory, in record time the laser has joined the ranks of the lathe and the press as a staple of the machinery world.

If you want to learn more about machining history, check out our articles on the history of Lathe and Bullard machines, or learn more about laser cutters with this infographic. If you're interested in purchasing a used laser cutter, or any other sort of machine, MMI has a massive selection of affordable, high quality used CNC machines in our library.